American Traditional Tattoos are the foundation of modern tattoo designs. The style pays homage to the artwork created during the dawn of American tattooing in the late 1800s and early 1900s. Unfortunately, the tattoo industry has a long history of not being as socially accepted as it is today. 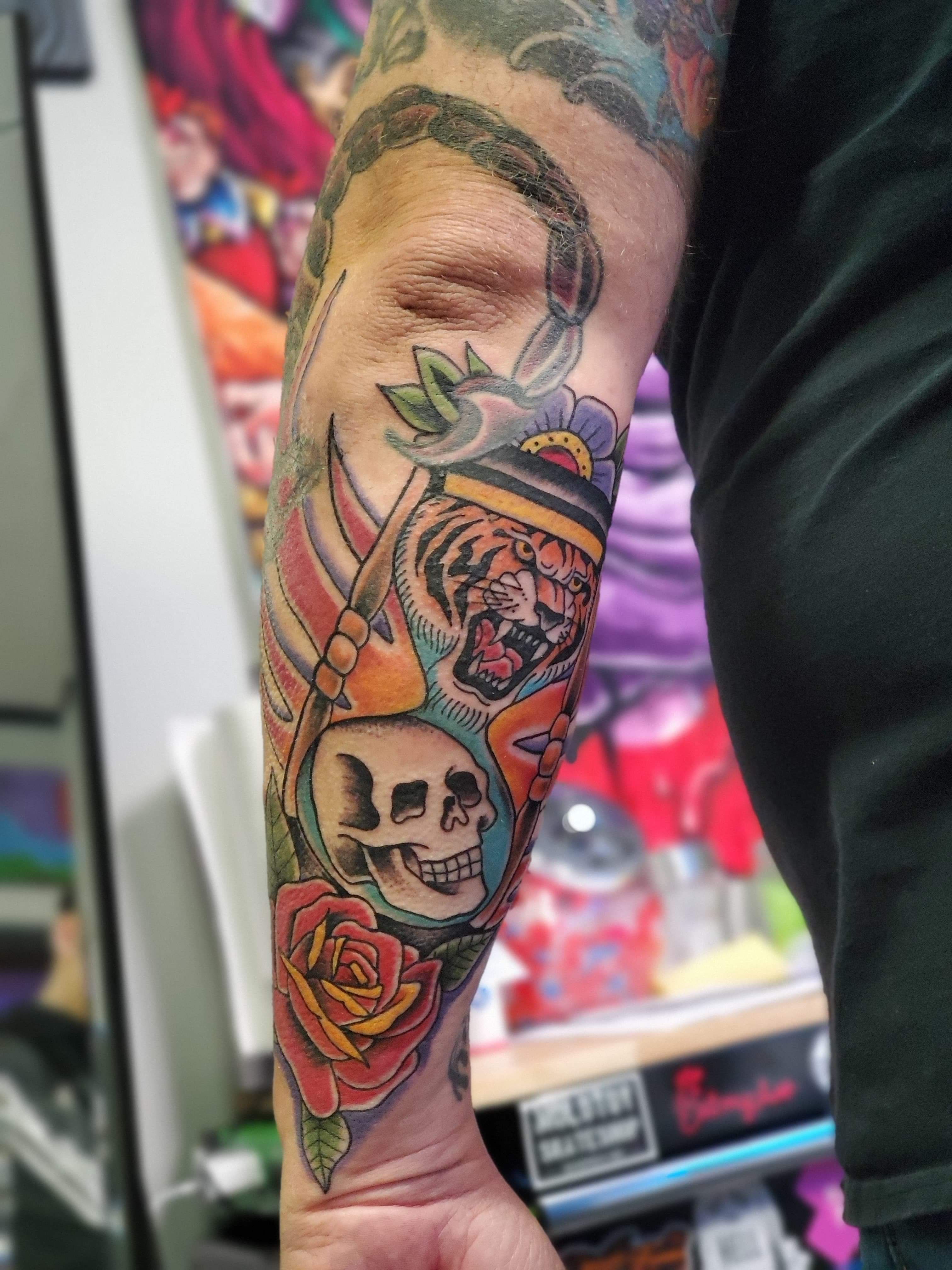 Tattoos used to be associated with lower social classes, criminals, bikers, and veterans. Now, tattoos are a common form of self-expression that stretches beyond these stereotypes.

During the early years of the American tattoo industry, tattoo designs were often simpler than today. Previously, technology was limited compared to modern tattoo machines, inks, and design software. Most importantly, early tattoo artists still made their mark on history with the tools they had. 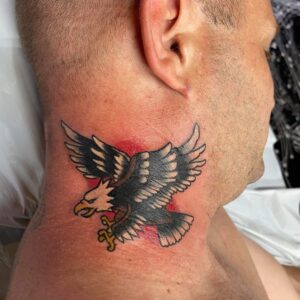 No doubt that many of the most famous tattoo artists, such as Norman Keith ‘Sailor Jerry’ Collins, and Don ‘Ed’ Hardy, are known worldwide for their Traditional styles. They, and many others, have created thousands of amazing pieces of body art that fall under the traditional umbrella.

What Are Traditional Tattoos?

Bold outlines, simple shapes, and bright, yet limited color palettes define a traditional tattoo. There are guidelines in keeping with tradition, however, they tend to be on the simple side.

As the saying goes, “Bold will hold” and this rings true with traditional tattoos. Thick, bold outlines and solid, bright colors fade less over time. In addition, a common rule with traditional ink is for ⅓ of the tattoo to be black. This guideline gives contrast and bold definition to the entire piece.

Where It All Began

Traditional tattoos share common designs that help continue their legacy. Many designs came from the more isolated groups that had tattoos in the past.

Military tattoos are common both today and throughout American History. Veterans and service-members identify with those who served in similar branches, MOS’s, or combat zones.

Different military branches have their own traditions when it comes to tattoos. Certain tattoo designs symbolize accomplishments while serving. A few of which are crossing the equator, traveling vast distances, or completing advanced training.

Tattoos also serve as memorials for those lost while serving their country. Service-members and their loved ones pay homage to those who gave the ultimate sacrifice through memorial tattoos.

Similarly, bikers also place a premium on camaraderie. Motorcycles and tattoos go hand in hand. Just like those in the military, bikers represent themselves through body art.

Motorcycle club logos, riding destinations, and of course bike manufacturers’ logos are all common motorcycle tattoo designs. There is an entire Pandora’s box of biker tattoo designs with various meanings that we won’t touch on here. No doubt, however, bikers and motorcycle enthusiasts have been a major part of early American tattooing.

Finally, the criminal justice system played a role in the growth of tattoos. First, you should note the difference between tattoos received behind bars and professional tattoos. Tattoos aren’t done in a controlled environment if they were performed while incarcerated. Incarceration is a controlling environment, but not the one we want here!

Jailhouse tattoos are often performed with make-shift equipment, as well. These aren’t necessarily traditional tattoos, however, some surprising pieces have come out of prisons.

Let’s focus on true American Traditional tattoos worn by those with a criminal history. Criminals often wear certain tattoo designs to show others their history, pedigree, or group affiliations. For many career criminals, these can indicate the number, type, or severity of crimes they’ve committed or served time for.

Tattoos aren’t synonymous with bad people by any means, however. Body art provides a way to show people what you identify with and represent. A tattoo doesn’t dictate the intentions or character of someone. They allow folks to establish a connection with those sharing similar challenging experiences and help to create a community.

Carrying On The Tradition

Wrapping up, the legacy of American Traditional tattooing is carried on by the next generation. Thankfully, this generation honors our ancestors and the art that paved the way for modern advancements. Traditional tattoos are an excellent way to show respect for a loved one with a timeless design representing their memory.